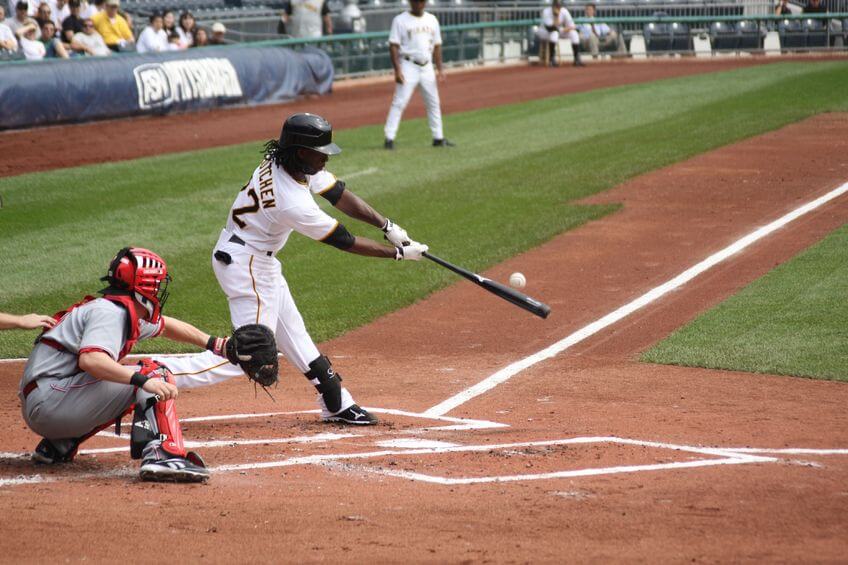 Although Marucci has only been in the industry for a little over decade, they have some of the game’s best hitters invested in the company’s success and products.

Major League Baseball stars, such as Joey Bautista, David Ortiz, Chase Utley and others, have been hands-on in the design, testing and appearance of some of the best Marucci bats.

Not only does this allow mean the company produces bats that have been influenced by some of the best hitters in baseball, but they also offer a wide variety of bats for different styles because, even at the professional level, every hitter has different preferences.

Their wide array of bats includes wooden, composite or alloy construction. They have metal bats designed for players that like the stiff feel of a one-piece bat or those that enjoy the flex of a two-piece creation.

In addition, the company offers bats for senior and youth leagues and bats that are BBCOR-certified for collegiate and high school play.

Thus, no matter what type of bat you are seeking, Marucci has a bat to fit that specification and level of play.

You can be comforted knowing that some of Major League Baseball’s best helped design your chosen bat.

Since Marucci offers such a wide range of bats for different purposes, it is impossible to determine their “best” model.

However, all of Marucci bats are made with top of the line materials and revolutionary technologies.

For example, they only use Pennsylvania maple for their wooden sticks and their Ring-free barrel reduces vibrations in composite and alloy bats by over five times more than the leading competitor’s bat.

It is no surprise, with the number of Major League Baseball hitters invested in the design of their products, that the Marucci’s Pro Model bat has become one of the most popular sticks at the professional level.

The Pro Model series has a variety of bats and each are inspired by the specifications of a different all-star hitter, such as Chase Utley or David Ortiz.

So, you can purchase a bat that is an exact copy of a bat that a pro uses.

If there is not a professional-inspired bat that suits your specifications, you can use their website’s custom bat creator to make a stick that meets your exact specifications.

Marucci cares about your satisfaction with your custom Pro Model bat, so if it does not meet your exact requirements, you can return it at no cost.

Pro Model bats are available in an adult model, which is designed for pro and semi-pro leagues, and a smaller youth version.

Every Marucci wooden product has a three-month warranty, but this does not cover bats that are broken upon contact.

The warranty is put in place for Pro Model bats that do not fit the standards of the buyer and can be returned for a properly constructed stick.

Every returned Marucci bat is placed in their Professional Cut series. These bats are nearly a quarter of the price of the Pro Model series and are ideal for consumers whom want a Marucci bat, but are not super-competitive players that need a bat made to their exact measurements.

It is important to note that these bats, while being severely discounted, are not defective. They are simply returned bats that did not meet a player’s expectation.

Ted Williams, arguably baseball’s biggest hitting guru (and the last hitter in history with a batting average over .400) would have crates of bats delivered to the clubhouse each week. Williams inspected every bat individually and almost without fail, he would claim all but one or two were wrong. The Red Sox clubhouse manager was left to return the other forty-or-so bats, but even he did not complain given Ted Williams’ high batting averages.

Aside from wooden bats, Marucci also produces an impressive line of alloy and composite bats. The flagship of their metallic bat lines is the CAT6.

Even in the cold weather, the CAT6 maintains a traditional feel and has an explosive pop on batted balls. The AZ3000 alloy is engineered to be extra responsive during ball contact.

The end walls of the barrel vary in size and optimize the end weight of the bat to improve swing speeds.

This allows the CAT6 to obtain a more balanced feel, without sacrificing the overall swing weight of the bat and the resulting power.

The Marucci CAT6’s biggest innovations are the Anti-Vibration Knob and Ring-free barrel technology. Upon contact with the ball, these features help reduce vibrations in the hands, which can cause painful stinging in the hands, especially after getting jammed by a pitch on the low end of the bat.

The CAT6 has the best vibration dampening technology available. When tested against other brands, the Marucci CAT6 one-piece bat reduced vibrations by up to 5.6 times more than the nearest competitor did.

Not only does this help protect your hands, but it allows you to really feel each hit and be able to swing through every pitch for solid contact.

Even though Major League Baseball players do not use metal bats, Marucci stays true to its professionally inspired philosophy.

Each of their composite and alloy bats have been designed with the consultation and testing of pro hitters like Andrew McCutchen and Anthony Rizzo.

Thus, you know you are getting a highly optimized alloy baseball bat.

There are not many bats available on the market that offer both a composite and alloy version of the same model. However, Marucci delivers just that with the Hex, which is available in both distinct styles.

While these two different types of bats share many of the same features, they also drastically differ between one another so much that they are practically separate products.

Nonetheless, both styles of the Marucci Hex have a pro-inspired shape and design that are available for Senior and youth league play.

Starting from the bottom of the AZ4X alloy Hex, it uses the same Anti-Vibration Knob as the CAT6. The bat’s handle is wrapped with an ultra-soft, synthetic leather grip that is micro-perforated for comfort and moisture control.

This impressive grip helps keep the batter’s hands firmly in place during the swinging motion. The barrel of the alloy Hex is impressive in its size alone.

Whereas many alloy bats feature a barrel that is typically skinnier than like-model composite sticks, the AZ4X alloy Hex’x barrel is almost identical in diameter compared to its composite twin.

The barrel uses the same Ring-free technology as the CAT6, as well.

The composite Hex uses the same vibration-dampening knob and barrel as the CAT6 and alloy Hex. Its grip, however, differs from the alloy version.

The composite Hex uses a Neon Grip, which offers the same stability and firmness as the micro-perforated grip of the alloy Hex, but it is designed to help direct energy towards the bat’s barrel.

This grip works in tandem with the composite Hex’s construction to increase the bat’s pop for the maximum trampoline effect on batted balls.

Its extended barrel means landing balls on the sweet spot is easier than ever. This helps hitters using the Hex composite generate more confidence at the plate.

At the heart of every one of these bats is the soul of a big league hitter who understands exactly what every player looks for in a baseball bat.

The pro-inspired element of Marucci bats is a unique advantage that no other company can provide, which gives the Pro Model, Hex and CAT6 an edge over similar products offered by competitors.

This edge goes beyond the influence of professional hitters, like David Ortiz and Albert Pujols. Marucci bats also feature some industry-leading innovations.

The CAT6 and Hex composite and alloy bats have the greatest vibration dampening of any bat currently on the market, while the Pro Model wooden bats are made from hand-cut Pennsylvania maple trees and are bone rubbed for superior bat density.

Thus, it should come as little surprise that their Pro Model bats are one of the most commonly used bats in Major League Baseball.

Overall, Marucci bats come in nearly every shape and size to suit the needs of almost any player’s needs. They are made from high-quality materials and have unique features that make them adequate bats in any hitter’s hands.

Their mid-range price point makes Marucci bats ideal for consumers looking for a stick that gives them a competitive edge during play, without breaking the bank.