Many have argued that the 2015 Easton Mako Torq is one of the best bats that money can buy. However, some have said that it may not be worth the cost.

Let’s take a look at how there can be such differing opinions between hitters.

There are a great number of things that offer potential with this bat. Most players seem to agree that the bat offers a large sweet spot. That is, a hitter can sue more of the barrel to get a hard hit.

Many bats have a small sweet spot which requires the batter to hit the ball with the “meat” of the barrel. However, it seems that the “meat” is much larger on the Torq than most other bats.

I’ve heard many parents and players, alike, state that the ball flies further when it comes off the barrel of a Torq.

I really like that this bat comes in a number of models. You can find the Torq in big barrel, BBCOR, youth, senior league, and slow pitch. 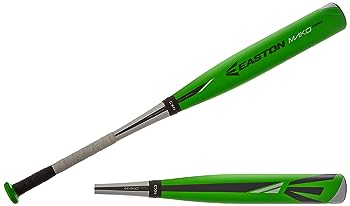 That means you can find what is recognized as one of the best bats in the business for any league that you play.

Whether you’re purchasing a bat for yourself, your son, or your daughter, you can find this brand and model. That’s a reassuring thing.

That also means that as your hitter grows up, he or she can stay with the same brand, and find an easier transition. 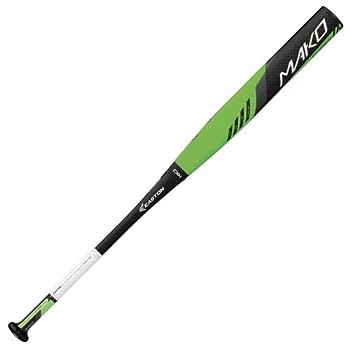 I’m really impressed by the fact that Easton offers such a variety of lengths and weights for a single model. This bat comes in models that range from a -3 drop to a -10 drop.

This, again, means that it fits a variety of players, and can allow for a player to transition from one bat to the next without losing his or her favorite bat.

Finally, I’ve found that most players who use this bat find great success with it. That is, most players tell me that they have added power using the Torq.

A player who hits “average” fly balls to the outfield can, suddenly, become a power hitter. That’s an impressive claim to offer for the bat that you’re using.

Sadly, there is no such thing as a perfect bat. There are a few complaints about the Torq. Most of the complaints revolve around the weight of the bat. Some players have even found issue with the durability of the bat.

Many hitters and parents have stated that this bat isn’t a “true weight” bat. That is, they believe it feels heavy.

Often times, this is due to the fact that the weight is closer to the end of the bat rather than being, somewhat, centered.

This bat holding weight at the end offers a heavier feel that increases the power when a hitter swings.

Aside from just feeling heavy, many bats have actually shown to be heavy. I’ve discussed this problem with many parents.

They purchase a bat for their son and expect it to be as advertised. This is a reasonable expectation.

But some families have complained that the bat is as much as four ounces heavier than advertised.

To the average person, four ounces doesn’t sound like much. However, four ounces on a 20 ounce bat is nearly 25%. This is quite a significant mistake by the manufacturer.

In reality, the worst I’ve seen is a bat that is two ounces heavier than expected, but that is still a 10% mistake.

When you first receive the bat, you may want to use a scale to ensure that it is the correct weight.

The other significant complaint that I’ve heard from families purchasing this bat is that it may not be as durable as they hoped.

I’ve not personally seen any of the barrels crack or break on the Torq, but have heard a few pretty scary stories from parents.

All things considered, Easton is a company that stands by its product. Not only do they promise satisfaction by the user, and guarantee product quality, Easton offers a 1 year warranty on the Torq.

The bat must also be purchased from an authorized Easton dealer which means many customers who purchase from online stores may be out of luck.

All in all, the Mako Torq is a great product. The bat costs more than most of its competitors. But, if you believe a bat can make someone a successful hitter, then this may be the bat for you.

To be completely honest, I’ve never believed in the need to pay exorbitant amounts of money in hopes of the bat making someone hit better, so I would look for a cheaper option.

But if money is no problem for you, then this bat is worth every penny that it costs. Just be sure to make your purchase from someone who can offer you the 1 year warranty that it comes with.