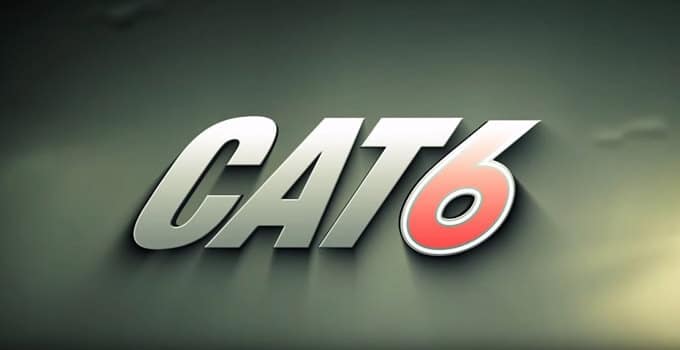 Marucci has a unique advantage over other companies in the industry because it is heavily invested in and supported by current Major League Baseball stars.

All-star players spanning the last decade, including the likes of Albert Pujols, Jose Bautista, Chase Utley and Andrew McCutchen, work alongside Marucci’s bat engineers to make sticks that are highly optimized for all different types of hitters.

This professional player input is used every step of the way, from concept drawing to final testing.

Thus, no matter what model Marucci bat you choose, you can be assured knowing that a big-league slugger had their say in its design.

While Marucci is especially revered for their Pro Model and other wooden bats, the metal alloy CAT6 is worthy of plenty of praise; Major League hitters may not swing metal bats, but they know how to design them.

From the knob to the end of the barrel, the Marucci CAT6 has many noteworthy features that make it a competitive bat choice for a wide variety of hitters.

Despite having a more balanced swing weight, which is ideal for contact hitters, the CAT6’s firm, one-piece design is a style typically sought after by power hitters. These sluggers prefer a bat that is solid and has little flex in the swing.

Thus, Marucci’s CAT6 is ideal for many different players, like someone looking to transition to power hitting, or a contact hitter that simply prefers the traditional feel of a one-piece bat.

This metallic bat is constructed with Marucci’s AZ3000 alloy; a material engineered for long-lasting resilience, which means the CAT6 can be used all season long and never lose its explosiveness.

The AZ3000 alloy also aids the barrel end walls to improve performance. The barrel walls’ thicknesses in the Marucci CAT6 are precisely calibrated to deliver a balanced weight and a superior swing speed.

The barrel itself is slightly longer compared to other bats. Not only does this expand the sweet spot, but it allows the CAT6 to reach the outside edge of the plate and beyond.

To ensure your hands remain firmly placed on the handle, Marucci wrapped it in a thin, micro-perforated Soft-Touch Grip.

This tacky gripping will not allow your hands to waver during the swing.

Plus, the micro-perforations keep away moisture, which means the surface of the grip will not become slick during hot, sweaty games.

Perhaps the most impressive feature on the CAT6 is its knob. While most bats have a rather unassuming and featureless knob, Marucci has made theirs with the best vibration dampening technology in the industry.

Whereas most bats simply dampen the amount of bat sting that the hitter experiences, only the Anti-Vibration Knob is capable of reducing the vibrations to a point that the hitter feels nothing.

The Marucci CAT6 is the only bat you can swing freely, without even the thought of unpleasant feedback from contact.

To comply with BBCOR certification, this Marucci CAT6 model has a -3 length-to-weight rating and a barrel diameter of 2.625 inches.

Its ability to actually eliminate bat sting means players can swing more aggressively and confidently and it is no secret that confidence at the plate is vital to a hitter’s success.

Athletes at these high levels of play also enjoy the CAT6’s durability. Since high school and college players have longer seasons than say an amateur senior league, having a bat that can last all season and beyond is crucial.

Compared to the price of similar BBCOR bats, the CAT6 is considerably affordable. And, who can say no to a bat inspired by some of the greatest hitters alive?

The Senior League Drop 5 model is the heavier of the Marucci CAT6’s designed for senior league play.

Thus, it has a little more oomph behind it, which allows balls to travel farther and with more power.

If you are not sure if a drop 5 bat is too heavy or not, be sure to test before purchasing. It is always better to choose a bat you can control the best.

Similar to the BBCOR model, the drop 5 Senior League CAT6 has a 2.625-inch barrel diameter. It is certified for play under USSSA guidelines.

If you are unsure or playing in a different league, consult an official to ensure that the CAT6 is permitted.

The only difference between the two senior league models is their length-to-weight ratios. Thus, you can expect the same barrel diameter, USSSA certification and all of the CAT6’s features.

This drop 8 bat is ideal for someone who might lack the strength to properly swing the drop 5 version.

Again, if you are not sure what the proper length-to-weight ratio is ideal for you, consult your local pro shop or try a few out at the batting cage.

The Junior Big Barrel CAT6 features a slightly larger barrel, at 2.75 inches in diameter, and has a -10 length-to-weight rating.

It is intended for youth players and is perfect for giving your son or daughter a competitive edge early on.

Its especially ideal for youth leagues due to its longer barrel design. Thus, the young player can reach all parts of the plate and even reach for those all-too-common balls on the outside.

It is approved for play by the USSSA. However, as a ‘junior big barrel’ bat, it is not designed for kid pitch or competitive youth travel teams.

Junior big barrel bats are almost exclusively used in “coach pitch” leagues for players around the age range of 5-8.

Be sure to consult your league rules before purchasing.

This miniaturized CAT6 is intended only for tee-ball play and very young players. Although it features the same design and bat technologies as even the BBCOR Marucci CAT6, its 2.25-inch barrel walls are much more susceptible to dents, if it is used outside of a tee ball setting.

Overall, it is a nice way to give your young child an awesome bat right from the start of their career.

Marucci’s professionally-inspired bats certainly give them a big edge over the competition. As if that was not enough, the company then went ahead and delivered the Anti-Vibration Knob to eliminate pesky bat swing.

This feature alone grants the CAT6 a place at the dinner table. Without worrying about painful feedback, hitters can swing with more confidence.

In addition, the CAT6 is more affordable than similar bats on average.

The only drawbacks to this Marucci model are its lack of a two-piece construction (many contact hitters like the flex of a two-piece stick) and its elongated barrel takes some time to familiarize yourself with.

However, the latter is hardly a drawback. It only means the bat has a break-in period, but once you are comfortable with its long barrel profile, this drawback becomes a strength.