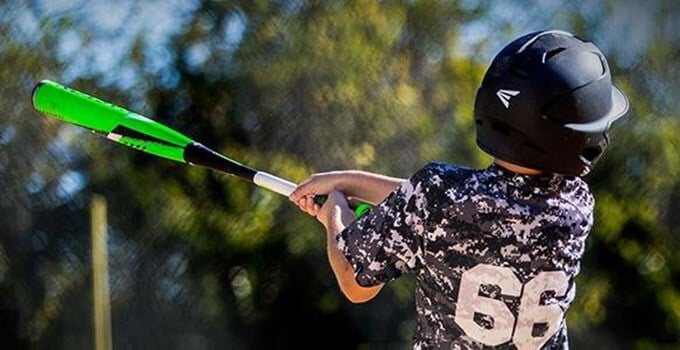 When it comes to producing metal alloy and composite baseball bats, there really is not a company that compares to Easton’s pedigree.

While they may have not created the first aluminum bat, we should just hand Easton the ‘father of the aluminum bat’ title anyways.

Simply put, when these metallic bats first started hitting the scene, no one made them like Easton; no one even came close. Their aluminum sticks were lighter, more explosive and ultra-durable.

Since the creation of those first aluminum bats, Easton has continued to break barriers in the industry. They produced the first two-piece bat, the first titanium bat and the first scandium bat, all in the early 90’s.

In mid 2000’s, they began testing with composite materials, specifically their IMX technology.

Their innovations continue to change the industry standards and drive competitors to adapt or try and outdo (they usually adapt).

The Easton MAKO has been the crown jewel of the company’s recent Power Brigade Series. The TORQ models feature one of Easton’s newest innovations: the TORQ 360-degree rotating handle.

This is a great example of how Easton manages to push the bounds in what we consider possible in our baseball bats.

The TORQ handle is still relatively new, but it has been widely accepted and has arguably met, possibly even surpassed, hitter’s expectations.

This innovative design offers key benefits towards maximizing your potential at the plate.

The rotation of the handle allows a hitter to stay inside the ball, thereby improving not only power, but also consistency when it comes to hitting pitches on the inside part of the plate.

This specially designed, composite material allows the MAKO TORQ to blend together a superior contact zone with absolutely wicked bat speed, which results in one of the lowest moment-of-inertia rations on the market.

The TCT is used throughout the bat, from handle to barrel.

Between these two technology-rich pieces of the bat is Easton’s patented ConneXion Technology.

The engineer’s at Easton discovered that if they separate the handle from the barrel with this connective piece, then the bat optimizes energy redirection to the barrel and simultaneously reduces the unpleasant feedback of bat sting.

One of the other tremendous plus sides for the Easton MAKO TORQ is its wide range of different models.

The bat is available in 12(!) different variations, including two XL models, which is essentially an end-loaded MAKO TORQ that caters to power hitters. The 12 MAKO TORQ bats are:

The youth variation of the MAKO Composite youth has a 2.25-inch barrel diameter and comes in a -10 length-to-weight ratio.

It is approved by all major youth league associations, including Little League, Babe Ruth and others.

The 360-degree rotating handle is perfect for youth players because it allows them to learn the mechanics of hitting inside pitches with greater proficiency.

The XL variations of the Easton MAKO TORQ are designed with power hitters in mind. They typically have a lower length-to-weight ratio, hence the drop 5 for this Senior League bat. 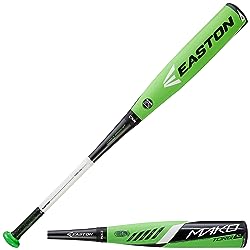 The Easton MAKO TORQ (-8) bat, designed for Senior League ball, is identical to the above XL variation, but has a lighter length-to-weight ratio.

It is ideal for both a power hitter that isn’t looking for the immense weight of the XL or even a contact hitter looking for a little extra pop to his or her swings.

With the lightest length-to-weight ratio of any of the Easton MAKO TORQ Senior League Baseball Bats, this model is best suited for contact hitters that are looking for an explosive bat capable of driving the ball to all parts of the field.

To meet BBCOR regulations and standards, this bat has a barrel diameter of 2.625 inches and a -3 length-to-weight ratio.

As a BBCOR bat, it carries the necessary certification, which permits it for use at the high school and collegiate levels of play.

The XL design of the BBCOR Easton MAKO TORQ will likely be a favorite at the top divisions of NCAA play.

While the TORQ handle does take some getting used to, players have had over a year to test it out and adapt now, which means we could be seeing a rise in popularity.

The XL is nearly identical to the regular BBCOR Easton MAKO, however it has a very noticeable end-loaded swing, which puts more weight and thereby power behind every ball.

Again, these variations are designed for the beefy power hitters that are capable of swinging it comfortably.

The selection of Easton MAKO TORQ softball bats commonly have CXN ZERO tagged onto their name.

This refers to the ConneXion Technology, which is especially helpful in softball bats, as the balls are bigger and often create more feedback. 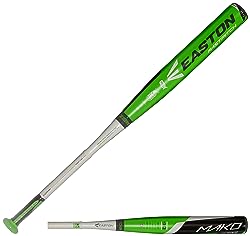 This technology, as mentioned above, helps eliminate bat sting and thereby creates more confidence at the plate.

The drop 10 MAKO TORQ Fast-Pitch Softball bat has a barrel diameter of 2.25 inches and is approved for all major softball associations, including the ASA, USSSA, ISA and others.

Aside from the slightly heavier length-to-weight ratio, there are not many discrepancies between the drop 8 and drop 10 Easton MAKO Fast-Pitch Softball Bats. 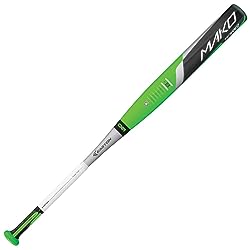 This variation may be better suited for a hitter that is looking for a little extra power and has the strength to swing it appropriately.

This variation offers a more balanced design and caters more to contact hitters. It is approved ONLY for ASA (check some of the best ASA softball bats). 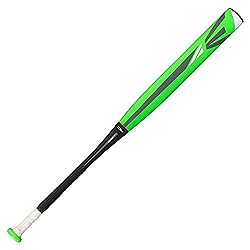 While this may seem limiting, if you are playing in an ASA league, it also means that it is fine-tuned for peak performance in that specific league. It has a 2.25-inch barrel diameter.

While the above bat is only approved for one specific league, this softball bat carries approval from the USSSA, NSA, ISA and SSUSA leagues, which means it is more widely accepted. 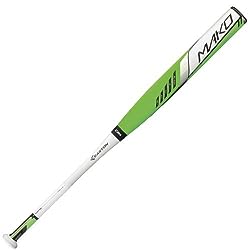 It also has the same 2.25-inch barrel diameter and balanced swing weight. However, it lacks the fine-tuned precision of the ASA-only bat.

While the balanced ASA-only bat caters to contact hitters, this MAKO TORQ variation has a 1-3 ounce (depending on the length of the bat) end load to help put more weight and power behind each hit. Otherwise, it carries the same specifications as its balanced relative. 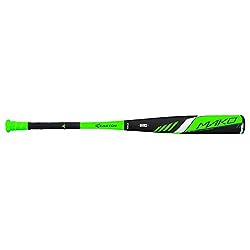 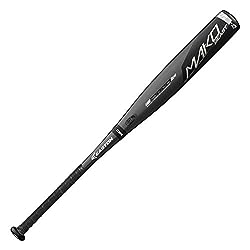 Again, there is not much difference between this stick and the above balanced version, aside from the end-loaded weight.

Overall, you cannot go wrong with purchasing any version of the Easton MAKO TORQ. First of all, it is made by the king of aluminum bats – Easton.

Secondly, it has more performance-enhancing features than some cars do, including its TCT material, ConneXion technology and TORQ handle.

And lastly, it comes in 12 different models!!

Thus, no matter what type of hitter you are or what league you are in, there is a Easton MAKO TORQ out there for you.

The only potential drawback is that the rotating handle takes some getting used to.

However, this feature also presents its own benefits when it comes to hitting inside pitches and generating opposite field potential.