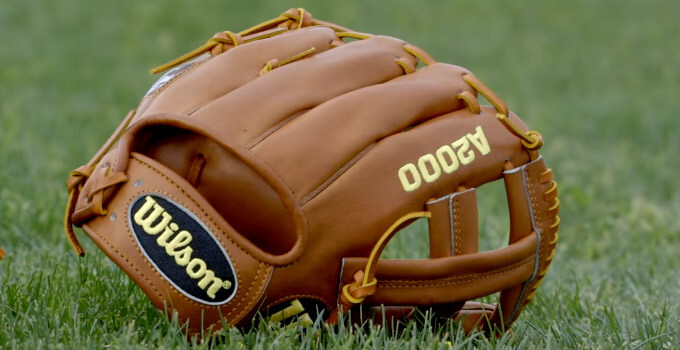 If you’re in the market for a new glove, look no further than the A2000 series. The A2000 series comes with a variety of options, but all of them are considered some of the best in the business.

I cannot confirm the style of glove, but according to a recent survey of 79 MLB players, approximately 28% used a Wilson Glove. While I can’t account for the series, that is an impressive statistic.

Players that use Wilson gloves include names like Kershaw, Pedroia, Phillips, Longoria, Cabrera, and Wright. Those are some pretty significant players who are using Wilson’s product.

If the biggest stars in the game trust Wilson, why wouldn’t you?

Typically, an infielder’s glove runs between 11.25 and 12 inches. Wilson’s A2000 series boats an impressive lineup of 14 different products.

The key differences are mostly cosmetic, though there are some products that have a different style of webbing.

What I really like about Wilson is that you can customize your glove to your liking. Let’s look at a few of the actual products.

This glove is commonly known as “the A2000”. This glove is, by far, my favorite on the market. It has premium leather that molds well to the player’s hand.

That is, this glove will fit your hand perfectly and truly make it “your” glove and not anyone else’s.

The glove is made from premium leather and is designed with an “H-Web” which allows the glove to be slightly lighter.

However, the glove is double stitched and “dual-welted” in order to ensure durability. The Wilson A2000 is the perfect mix of light-weight durability. 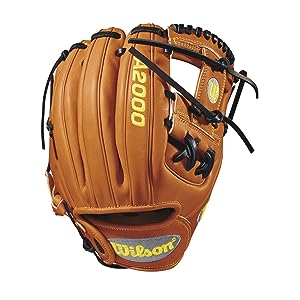 It allows the player to feel the ball, but provides enough padding to protect a player’s hands when attempting to field a hard hit line drive.

The light weight feel of the glove also allows for quick break-in. It’s not a tedious process like some of the other gloves you’ll find.

We’ll refer to this glove as the DP15. The DP stands for Dustin Pedroia and is said to be the same glove he wears.

This glove looks a little bulkier than the 1786 but maintains its lightweight feel. I’m not a huge fan of the look of the glove- the excess lacing bothers me.

The players I’ve spoken to have said that the hand of the glove is a bit small, so it’s created for smaller players (like Pedroia).

This glove also comes with great leather material and provides a light weight product. Its small webbing is perfect for transitioning the ball from the glove to the hand.

I’m not a fan of the looks of the glove because the laces are so long. Having long laces has always bothered me, but that’s a preference thing.

Also, I’ve heard a number of players complain about the breaking in process. Some have told me that using an oil to assist in breaking in can degrade the leather.

Many state that it takes well over a month to break the glove in. So, be prepared and plan ahead if you’re purchasing this model.

The newer DP model was created to make it a bit easier to break in. It’s also a bit lighter using “superskin”. That is, it is scientifically created using a special mesh material that is only half the weight of leather.

Some players believe that this difference in weight will allow them to move faster and react more quickly.

The problem is that it’s difficult to have a fully super skin glove so this glove does have some leather added into it.

This is a newer model than the 1786 listed previously. It’s also a super skin meaning that it’s a different make than the previous 1786.

Super skin is still somewhat new, so I can’t say that I’m fully comfortable with the idea of claiming ultra durability in these gloves, but I do really like what I see.

This glove is rather easy to break in. The mesh is much kinder than the leather ever was. The mesh is also able to come with other scientific improvements, so this comes with a Dri-lex lining to make the glove less irritating on your wrist. 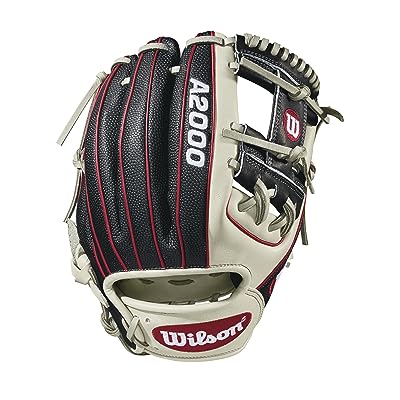 As stated before, this super skin in half the weight of leather, but claims to be twice as strong. The I web design provides further decrease in weight.

I’ve heard no complaints from my players. They all really like this glove. It doesn’t mold to your hand quite as well as leather, but they still love the feel of it.

They also provide double laces for added support as well. I also really like the look of this glove.

I realize that gloves don’t’ sell on looks alone, but when you’re talking about a younger kid, the cosmetics can be important.

This is glove that is becoming pretty popular. Looks aside, this is a great glove. I’m not a fan of the “Mariner’s Green” used in this glove, but cosmetics aren’t a huge deal when talking about the quality of a glove. 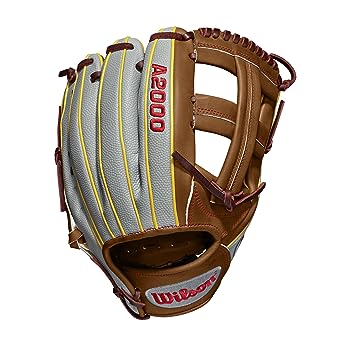 Much like the last glove mentioned, this super skin is light weight and provides solid durability. It has the same I web design to decrease weight.

This I web maintains structural integrity and is double stitched to ensure quality.

I’ve heard more positive reports about this glove fitting to players’ hands than the 1786SS, but that is largely a matter of opinion as I haven’t found anyone who has broken in both gloves for themselves.

I have heard no complaints about this glove. It does everything that you want it to- quick break-in, good durability.

In summary, you’re not going to find a better glove than those that you’ll find in the A2000 series. Whether you’re looking for leather or superskin, A2000 is the cream of the crop.

It’s expensive, but the highest quality always is. Look in the stores to decide which glove is right for you, but I wouldn’t leave the A2000 series unless someone was paying me to do so.