Baseball has a special way of weaving stories and lessons into our lives that go far deeper than a simple baseball field.

We learn how to swing, throw, bunt and catch; but the real significance of baseball is the life lessons you learn.

So, here is a top 8 list of what you’ll be missing when you are no longer on the field. So, what is it about this game that we start as five or six year olds that a grown man can’t walk away from?

A perfect example of a benefit that you got from baseball is travelling. If you made it to the college level, you could literally travel the country to play baseball. 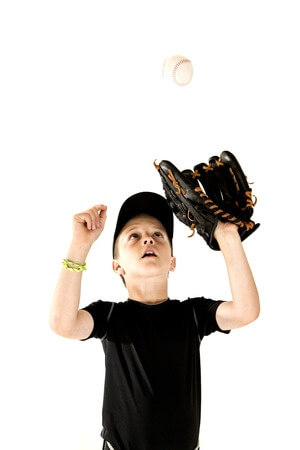 Heck, every year, the Little League World Series hosts teams from 12 states, plus another 12 countries. That’s a lot of travel for an 11 year old!

It was great to leave your backyard and see so much of the world just so that you could throw a ball around.

Having a set schedule

One thing I’ve found since leaving the game is that it can be hard to prioritize my time. When I was playing baseball, I had the schedule set for me. No thought, no effort.

There was no option of sleeping in on Saturday morning. I had practice. Baseball kept me on track and focused. Now that I’ve stepped away from the game, it’s a little more difficult.

Showing up for support

As a young ball player, I remember seeing parents in the stands cheering for their loved ones. It didn’t matter if you had the potential to be Babe Ruth, or if you were playing because mom and dad didn’t want you playing video games.

Even in high school and college baseball, parents take time off of work to support you. Enjoy it while you can, this won’t last after you “retire” from the game.

If you played Little League baseball, you learned practiced one phrase more than any other – “good game”. It was tradition.

Baseball is tradition. Whether that tradition is shaking pouring coffee grounds on your shoes (Sammy Sosa), jumping over the lines before the game, dressing up the day of the game, or just shaking hands after the game, you learned traditions, and you lived by them.

Tradition helps create a bond. It brings you together, and helps you understand the game.

If you takea break from softball during your pregnancy, one of the beauties of the game is that you always have another chance. If you strike out in the first, you’ll bat again in the fourth.

If you give up a game winning homerun today, you’ll pitch again in a few days. The game is never over until your career is over. You’ve always got tomorrow to try and improve on what you did today.

No matter how tough that defeat is, you can always come back from it, and this brings out the will to never give up.

This will can come in the form of a game (the Phillies scoring 11 runs in the last two innings to win 12-11), or over extended time against multiple teams (the 2011 Rays were 4 games back with 12 games left, but managed to make the playoffs.

Baseball taught all of us to never give up, because determination can change reality.

Having another chance is a great, but nothing beats the ultimate goal of success. You remember that homerun you hit? That was the easiest 360 foot run around the bases you’ve ever had.

It’s hard to beat seeing a pitcher beat himself up as you make a victory lap.

Playoffs? Playoffs!? Let’s talk about playoffs. Every moment was bliss. Every win was a new milestone; a new high that you had never experienced.

And it wasn’t just a momentary thing- you were consistently better; that’s why you made the playoffs.

It was a band of brothers who got you there. That’s better than any homerun – it took team work, grit, and drive.

Winning a championship is the only thing I’ve seen that could make a bunch of grown men act like 10-year olds.

A lot like the schedule that baseball created, I got to enjoy the best physique of my life when I played baseball. It forced me to be the best person that I could.

Spending hours in the gym and on the field to tone muscle, increase cardio – it was great. When you made it through the grind, you realized the value of being in shape.

You pushed through all that pain because your team deserved. So did your coach, and your fans. What’s more, fitness meant success. When you’re in great shape, you play a better game.

There is nothing more memorable in baseball than the band of brothers that you had. Your team was your family.

From the time on the field to the meals together and the bus rides to get to your games. You spent more time with those guys than you did with your family.

You knew everything about these guys – strengths, weaknesses, pet peeves, everything!

That’s why you guys were able to pull practical jokes on each other. The “secret handshakes”, the inside jokes, and the team speak.

Other people didn’t understand what you had, and back then, you probably didn’t fully understand it either.

Decades after walking away from the field, I’m still close to a number of the teammates that I had growing up. Those are the guys I still depend on when I need something.

I can’t imagine life without those brothers that I found on a baseball field.

When you look back on your years in baseball, don’t forget everything that you learned off the field. I learned more about life from my baseball coaches than I did from my dad.

What do you guys miss about playing ball?