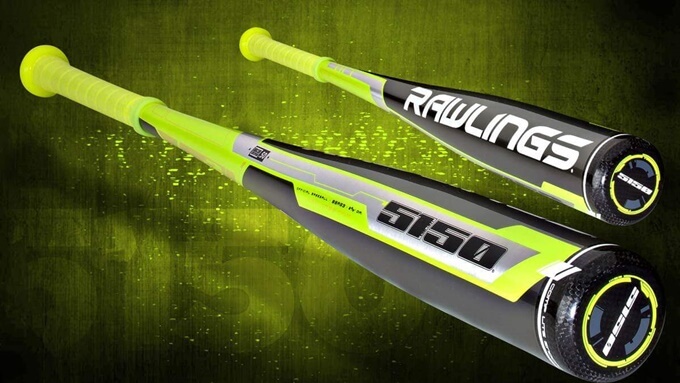 The St. Louis based Rawlings company has been manufacturing sporting equipment since the turn of the 20th century and presently produces apparel for basketball, football and, of course, baseball.

They are even the official baseball supplier to the MLB and Rawlings’ baseball gloves are the most popular amongst big league players.

Over the course of the last century and beyond, Rawlings has been instrumental in the evolution of the baseball glove.

From the “Sure Catch” model of 1912 to their present day baseball mitts, Rawlings has churned out innovation after innovation throughout the years that repeatedly revolutionized the industry.

Aside from their remarkable prowess in manufacturing baseball gloves, the Rawlings Company also produces wooden and metal baseball bats.

While the success of their bats is largely outshined by their vast lineups of baseball mitts, a couple Rawlings bats have garnered positive reactions from hitting experts.

Typically, their bats reach the realm of high performance bats, but with a more affordable price point.

The name of Rawlings’ 5150 metal bat comes from the type of alloy used in the bat’s construction. The 5150 series goes back to Rawlings’ 2012 lineup.

Over the past four years, it has been successful as a high performance bat, with some years being better reviewed than others were.

Its most well-received model, so far, was likely the 2014 5150. The following year’s model (2015) made the end cap from a composite material and fused it to the barrel, similar to the design of the Rawlings VELO bats.

While this reduced the overall swing weight of the bat, the Comp-Lite End Cap took time to adjust to, especially to hitters that were long-time users of the 5150 stick. Thus, it was not initially well received, but later caught traction.

The Rawlings 5150 continues to use the lighter, composite Comp-Lite End Cap, which lends towards a more balanced weight.

This can cause some confusion because the Rawlings VELO bats are also labeled as balanced. While the 5150 has a light swing weight, compared to the VELO bats, it actually fees more like an end-loaded stick because the VELO has a much lighter swing.

The Rawlings 5150 is also a single piece bat, which is favored among power hitters because of the stiffer feel.

The one-piece design of the new 5150 does deliver that stiffer feel, but also means balls that are not hit squarely can cause nasty bat sting.

There are ways around feeling the full impact of these unpleasant shockwaves (batting gloves, thumb guard, after-market grip), but catching a ball on the lower half of the handle may still pain your hands and diminish your confidence to swing freely at the plate.

The good news is the Rawlings 5150 has some seriously explosive potential. The 5150 alloy, from which the bat gets is name, is a durable, aerospace-grade mixture of metals that results in great response to batted balls.

This is further aided by Rawlings’ Precision-Optimized-Performance (pOp) Technology, which exists inside the actual barrel of the bat and aims to improve the balance and maximum trampoline effect of the 5150.

The Rawlings 5150 comes in several variations, including BBCOR, Junior Big Barrel, Youth and three Senior League styles (drop 5, drop 10 and a hybrid drop 10 that has a larger barrel diameter).

In 2015, the Rawlings 5150 was the NCAA College World Series Champion Virginia Cavaliers bat of choice. There is plenty of evidence to suggest that it will be equally, if not more, popular in the new year.

The BBCOR Rawlings 5150 follows all high school and college standards, with a regulation 2.625-inch barrel diameter and -3 length-to-weight ratio.

Thanks to the balanced nature and explosive pOp technology of the 5150, it is a highly competitive bat at a superb price.

The Junior Big Barrel version of the Rawlings 5150 is best suited for tee-ball or slow, coach-pitch leagues.

The Junior Big Barrel model may dent easily if used in kid-pitch play because the barrel walls are thinner than a youth bat.

The bat’s barrel diameter is 2.625 inches and the length-to-weight ratio is -11.

Older youth players may have too powerful of a swing, which can cause dimples even when used with a tee.

The youth Rawlings 5150 youth baseball bat offers a more appropriate solution for younger players than the Junior Big Barrel because it is more durable and approved for a wider range of leagues Little League, Babe Ruth, Dixie, etc).

The -13 drop weight and 2.25-inch barrel diameter is ideal for young contact hitters and fits the general standard for youth players.

Overall, it will hold up all season long and it has some serious pop, while still being BPF 1.15 certified.

Rawlings offers two Senior League models – a drop 5 and drop 10. Both of these variations have a barrel diameter of 2.625 inches and are BPF 1.15 certified, thereby being cleared for play in USSSA and other major league associations.

With the high-quality aerospace 5150 alloy and other bat technologies, the Senior League Rawlings 5150 baseball bat can make a great impact on any player’s game.

Arguably, this model of the Rawlings 5150 lineup is the crown jewel. This hybrid bat breaks the 5150’s image as a one-piece bat.

However, Rawlings has made it more than okay because their two-piece design allows this 5150 to amplify flex and the maximum trampoline effect, while creating an ideal weight distribution throughout the bat.

The handle is made from a pure composite material and wrapped in a tacky, synthetic gripping for greater bat control.

The hybrid 5150 has a -10 length-to-weight ratio and a wider 2.75-inch barrel diameter. This larger barrel generates a bigger sweet spot to help build confidence at the plate.

Overall, the Rawlings 5150 baseball bat delivers on what has become expected of it: an affordable, high-performance, one-piece bat.

There are few bats offering similar performance-enhancing features and a high-quality design and materials, at such a low price point.

New to the Rawlings 5150 this year is the hybrid Senior League bat, which strays from the regular one-piece design of the 5150, but offers a massive barrel and incredible pop.

The only drawbacks to the Rawlings 5150 lineup are the lack of vibration dampening (which can be remedied with other equipment, such as batting gloves) and the Junior Big Barrel model’s poor durability.