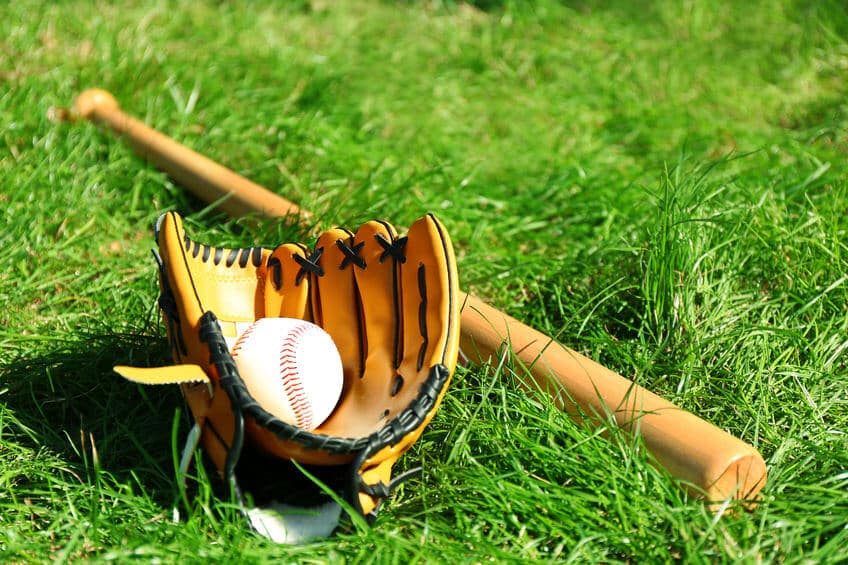 There are several reasons why you may be in the market for a cheap wood bats. The most obvious would be you are playing on a budget and do not want to buy (or need) a top-of-the-line Marucci Pro Model or DeMarini Pro wooden bat.

Another possible scenario is that you are transitioning to a league that only permits wooden bats and you are new to swinging this type of stick.

In other words, you are looking for a cheap training bat that will help you get used to using a wooden bat or improve your play with an aluminum bat (cheap wood bats make great training tools, especially for youth players, to learn where to make solid contact on the bat and build strength in the arms).

Whatever the reason is, being a first-time buyer in the wooden bat market may be confusing. Wooden bats are drastically different then their distant metal cousins.

Aside from being made from a different material, wood sticks have different cuts that differentiate a balanced bat from one that is more end loaded.

Not to mention, the type of wood used in the construction of the product also affects the swing and play of the bat.

Typically, most wooden bats will fall under four major cuts —271, M110, 243 or I-13. These different cuts determine the shape of the overall bat, including its barrel diameter, handle thickness, the type of taper between the handle and the barrel and even the size of the bat’s knob.

It is important to note that these are just some of the most popular cuts. Premier wooden bat manufacturers offer many others and some even allow players to customize each and every measurement of their bat.

M110 – This cut is ideal for hitters that are new to swinging a wooden bat. It is a great transition bat if you are moving from a metallic BBCOR bat. Its handle has a 1-inch thickness followed by a long taper to the 2.5-inch diameter barrel.

Due to the thick handle and long taper, 110 bats have great durability and a very balanced swing weight, making it an ideal cut for contact hitters. The bat’s knob is smaller than other cuts, but remains comfortable on the hands.

With a large barrel diameter and thinner handle compared to the 110 or 271 cuts, the 243 is ideal for power hitters. It is not recommended for players that are new to hitting with a wooden bat and the thin handle reduces durability, which can cause more breaks.

I-13 – If you are a dedicated power hitter and are new to the wooden bat scene, the I-13 cut may be a perfect fit. Although it has a medium taper, it is a little more gradual compared to the 243. While this lessens the end load, it improves the bat’s durability and gives the hitter more swing control. Swing control is ideal for players beginning to use a wooden bat.

Cheap wooden baseball bats are primarily made from four separate types of wood — maple, ash, bamboo and composite (a combination of wood and other materials).

Each wood variant has different properties and grain structures, which affects the overall flex, strength and feel of each bat.

Ash and maple are by far the most popular. Ash is known for being the lightest and most flexible out of the normal bat materials. Its wide grain structure allows it to have a spongy and soft feel in the batter’s hands.

Ash bats flex as the hitter swings, which creates additional bat whip upon contact. Despite being lightweight, these bats are actually very sturdy.

However, maple bats are consistently stronger than ash, but lack the same ability to flex. The grain structure of maple wood is very tight.

Not only does this increase its durability and give the bat a heavier feel, but also, it makes the barrel extra responsive.

Bamboo bats are not as common as ash or maple, but many are even more durable than the traditional woods. In fact, they are so sturdy that many bamboo bat manufacturers guarantee their bats with a warranty.

One of the key reasons they are so sturdy, aside from the strength of the bamboo itself, is that these bats are made from tiny strips of bamboo that have been bonded together.

Thus, they have less of a chance of breaking than one solid piece of wood. Due to this, bamboo bats make great training or batting practice bats because they will rarely snap.

Composite bats differ between one another because they are often combination of different materials. A composite bat could have a bamboo core surrounded by maple, or a composite handle matched with an ash barrel and so on.

Overall, these bats typically have a longer life than traditional wooden bats. However, many leagues require that composite wooden bats have a BBCOR stamp and some disallow them completely.

Be sure to check your local league rules before purchasing a wooden composite bat.

With this information, you have probably already begun to formulate the ideal cut and material for cheap wood baseball bats.

It is almost time to choose the perfect stick, but it important to remember one thing: every wooden bat is going to break.

However, the serious misconception that many buyers have when it comes to choosing an affordable wooden bat is that the more the bat costs, the less likely it is to break.

The reason for this misconception is that many consumers believe cheaper bats are made from cheap and unreliable materials.

This is often not true; even a basic maple and ash wooden bats sold at your local sporting goods store can withstand day-to-day play without breaking immediately.

In fact, your local sporting goods store and Amazon.com are great places to buy a cheap wooden bat. They often have simple bats made by Louisville Slugger, Rawlings and other companies that cost less than $40. These bats are an inexpensive way to adapt or train with a wooden bat.

However, if you are looking for a bundle deal or a bat that will yield a little more competitive edge, then your best option is likely the Internet. Many bat manufacturers sell their sticks in a bundle of three or more.

Not only does this save money, as the bundled bats are discounted, but it ensures that you always have a backup available.

Bat manufacturers also often sell ‘blem’ or blemish bats, which are sticks that have been returned by a buyer for one reason or another. It is important to realize that these bats are not defective, damaged or used.

Blem bats are typically returned because they did not meet the buyer’s standards — the knob was too small, handle tapered too quickly, grain structure was off, etc. Manufacturers heavily discount these returned bats.

For example, Marucci (the number one bat supplier of Major League Baseball players) offers blem versions of their Pro Model bat for half the price.

The drawback to these Professional Cut models is the buyer has no say over the bat’s specifications.

You could receive an extra end loaded bat when you were hoping for a balanced swing weight. It is a gamble.

Another affordable bat-buying strategy is to purchase unfinished bats online. These pieces of raw lumber have been cut and shaped into a bat, but lack proper sanding or finish.

With a few inexpensive tools and supplies, you can turn a $20 unfinished stick into a polished bat that will save you money. Plus, you can be proud knowing that you helped create your own bat.

No matter what strategy or brand you choose, the bat will eventually break. Many wooden bat users favor a brand that has served them well, either in batting performance or durability.

However, even the top of the line Marucci bats can break with one swing if the hitter makes poor connection on a weak spot of the stick.

Perhaps the best way to improve the lifetime of your cheap wood bat and increase its overall value is to avoid improper contact.

Many bat manufacturers mark the strongest point, or side, of the bat; repeatedly using this side of the bat to make contact will increase its longevity.

If there are no markings, the strongest point of the stick will be with the bat’s label facing up or down.