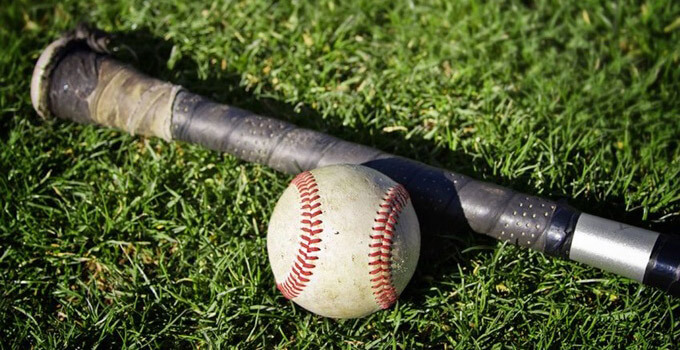 When the game of baseball was in its infancy and before Bud Hillerich convinced his father to turn their woodworking business into a bat manufacturer, after creating his first Louisville Slugger, baseball players would often whittle their own sticks out of whatever was available to them.

Not only did this give birth to many differently shaped bats, it also presented a big issue with the bat’s durability because the most popular style was a fat, heavy bat end.

This common bat design was based on the principle that the more weight and surface area the end of the stick had, the more power the club would exert. Some player-made bats were over 40 inches long, weighed 50 ounces or more and were comically shaped (just Google search Emile Kinst’s “banana” bat sometime and you will see what we mean by comical). Unfortunately, these ultra top-heavy bats were extra prone to splintering around the handle, especially as pitchers adopted the faster, overhand style of hurling the ball towards the plate. In an attempt to remedy the frequent splintering of their bats, the players began wrapping string around the handles to pull the splinters back together. Not only did this help improve the lifespan of the bat, which was vital at the time as player’s rarely had a backup or the money to buy a new bat, it also provided an unexpected enhancement to the hitter’s ability to grip the bat. It did not take long for players to begin trying any material they could their hands on, literally. Thus, the bat grip tape was born.

As aluminum and metal alloy bats became popularized in the 70’s, bat tape had to adjust to meet the issues in handling this new type of bat. While the core purpose of bat tape has always been to improve a player’s grip, modern grip tapes affect other areas of hitting, including comfort, dampening vibrations, feel and appearance. Dampening vibrations or reducing “bat sting,” as it is sometimes referred to, is crucial when swinging a metal bat, as these sticks produce intense and often painful vibrations. To counteract bat sting, modern grip “tapes” are less like the tape, string or cordage of the original grips and made mostly from synthetic, rubbery polymers. The synthetic materials used are often thicker than simple tape or string and their rubber-like feel helps dampen vibrations. It is also worth noting that they are impressively tacky to improve the hitter’s grip.

Modern grips are also specially designed to withstand all types of weather.

Even on a rainy or particularly cold day, the best bat grip tapes of today will not be any less tacky or reduce vibrations any less. The water-resistant polymer does not lose its integrity or start to peel off as traditional sports tape does. Plus, on hot days, the grip wicks sweat, instead of allowing it to sacrifice the bat’s grip.

The more modernized, polymer grip tapes typically come in a few different sizes. The size of the tape dictates how thick the gripping actually is. Most Major League Baseball sluggers who use a polymer tape will stick with the thinnest size, which is usually 0.5 millimeters. 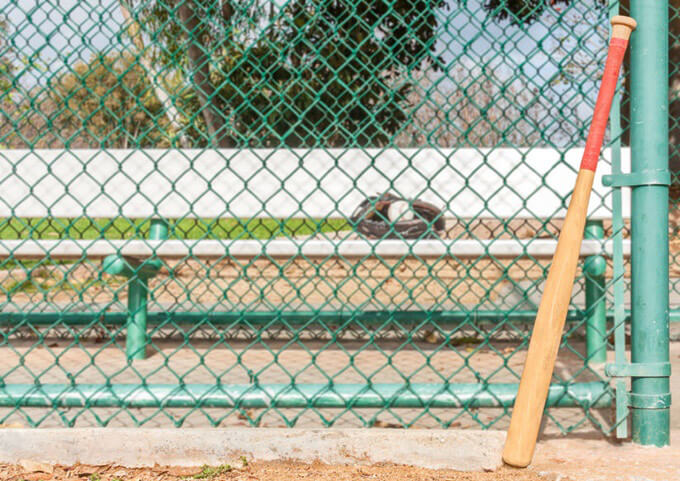 This ultra-thin size allows the hitter to take advantage of the added grip, while still allowing him or her to appreciate the naturally stiff and authentic feel of the wooden bat. The thicker end of the bat tape spectrum is often featured on aluminum bats because thicker tapes offer more vibration reduction. The thickest sizes (usually near 1.8 millimeters) are especially widely used on youth bats.

Thus, they react more negatively to the unpleasant feedback than an adult player.

Sometimes this means hitting the ball with the handle or taper of the bat. Ouch! Mid-range bat tape sizes are around 1.1 millimeters and are used a lot at the high school and college levels of baseball and softball. They are also common in adult leagues that use aluminum bats. This middle ground offers ample bat sting reduction, but does not go overboard on the cushioning and still allows the hitter to really feel the handle of their bat. Many players have also found use out of this bat tape size when they transition from a metal bat to a wooden one.

With less than five years in the game, Lizard Skins has made the climb to becoming the premier manufacturer of baseball grip tapes look ridiculously, almost embarrassingly, easy. Lizard Skins got their start by creating handlebar grips for bicycles. They took what they learned after 18 years and applied it towards making grips for baseball bats. Lizard Skins hit every item on the checklist: tacky/grip-y hold, comfortable to handle, great feel on the hands, all weather approved, great vibration reduction and they are available in every color and many different styles. Thus, there is a grip to appease any player’s desired look for their bat. Today, some of the best Big League hitters, David Ortiz (Red Sox), Hunter Pence (Giants), Russell Martin (Blue Jays) and others, use and even endorse Lizard Skins.

These grips are well on their way to becoming the official supplier for Major League Baseball. Again, this is absolutely wacky to think of, considering they’ve only been in the biz of baseball grips for a couple of years.

Easton is a well-known company in the baseball universe. Their metal alloy bats are some of the best around at the high school, college and youth levels. When it comes to innovative bat designs and technologies, there are few companies that match the engineering team at Easton. Thus, it makes sense that their bat grips would follow suit. The Synthetic All Sports Bat grip uses a diamond groove pattern, which helps eliminate slippage, especially in the rain, and is specially designed to maximize the tackiness of the gripping. 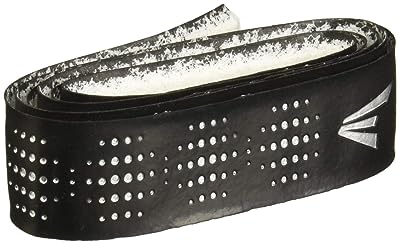 Despite lacking the grandeur of a fancy name like Easton’s VRS tape, Rawlings Bat Tape is a great, inexpensive, all-purpose, athletic tape. It provides the feel of a more traditional grip tape. Unfortunately, this means it lacks the benefits of being water-resistant or dampening vibrations. Thus, it is not recommended for any metal alloy baseball or softball bats, without a pre-existing grip.

However, Rawlings Bat Tape and products similar to it, have been (and will continue to be) used by players at all levels of play for decades. There are a lot of products similar to the Rawlings Bat Tape, on the market. This is largely because sports tape is used not only to enhance grip on baseball and softball bats, but also hockey sticks, gold clubs, tennis rackets and other pieces of equipment. Many players like Rawlings Bat Tape because it is a trusted brand name, especially in the baseball community, and it is available in multiple colors and even a camo pattern.

This product is not, by any means, a tape. Instead, liken it closer to a pine tar substance, but with less mess. All-Star Tiger Stick Bat Grip applies easily; it rolls on like a stick of deodorant. Unlike pine tar, which is notorious for being slimy and being the ultimate mess, Tiger Stick offers no mess; it will not even stain batting gloves. 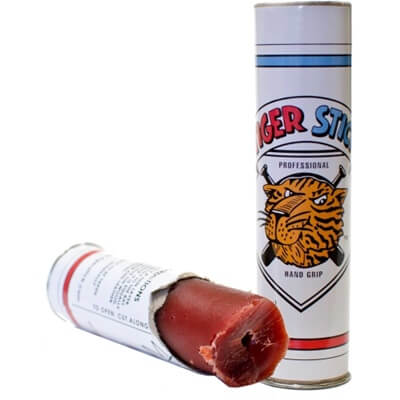 Tiger Stick is designed to resist sweat and lasts all game long. While it may seem odd to see this product on a list of bat grip tapes, being that it is not actually a tape, we like it because it is a great and affordable way to improve the stick of a pre-existing grip that may not be giving you the control you need. It is also great on a particularly hot, sweaty day, when simple bat tape may not be enough stick.

Truthfully, there is not a lot of difference from one grip to the next. Even though it may appear that the Easton VRS and Lizard Skins grips are far superior because of their vibration dampening capabilities, a lot of hitters, especially at the pro-level, like more traditional tapes because of their feel. Ultimately, it boils down to the preference of the hitter. Some hitters prefer a cushiony grip, while others prefer none at all. There is little to no competitive edge gained through buying an expensive, after-market grip tape. The reason that Lizard Skins grips have gained so much popularity, in such a short amount of time, is not due to their design, but because they are offered in the widest variety of colors, patterns, designs etc. This allows the hitter to choose exactly the color and style they want to match their bat, personality or whatever.